I have many theories – one of them is the “Albert Einstein, Snoop Dogg, Drake and Lionel Richie Foundation of Knowledge and Bring Your “A” Game Theory.” Let me start off by saying that I won’t be rapping for you today, but if you enter one or two of the names I just mentioned in Leasing REality’s search function, you might have a new found disrespect (or respect) for me after hearing my faux rapping skills.

Getting a bit deeper on you, I am a believer in legendary rapper Snoop Dogg’s line, “If it’s flipping hamburgers at McDonald’s, be the best hamburger flipper in the world. Whatever it is you do you have to master your craft.”

Lastly, when it comes to – courtesy of Lionel Richie and The Commodores – building a brick house of knowledge so that I can master my LOI and lease negotiations, I consciously or subconsciously channel a multitude of hip-hop heart throb Drake’s song titles, including that of “Started from the Bottom,” because among other things, if I don’t continue to build a fundamental foundation of skills, my iPhone will no longer “Light Up” with calls from my clients, which will consequently result in me no longer having access to my “Hotline Bling” nor “Dreams Money Can Buy.”

Getting back to planet reality though, my first job after graduating law school was as an accountant at One New York Plaza. It’s where I started to, as Michael Jordan once said, master the fundamentals. Accounting was never my game, nor my passion, but the skills gained while being an auditor and then a tax guy were critical bricks in the foundation of knowledge I was building.

Back in the early 1990’s when the Resolution Trust Corporation (RTC) was quite the rage, a few of my childhood pals and I, in various professional roles, worked together as employees at a mid-sized developer. A major part of our day was spent representing a number of institutional purchasers of loan portfolios (e.g., Lehman Brothers, Lennar Partners and the Archon Group), where the mortgage paper was “going south” and the properties secured by those mortgages, by way of receivership, were to be taken away from their soon to be former owners. Over a 9 to 36 month period – we nurtured these properties as if we had given birth to them – from receivership through disposition, and soon, our niche evolved. We were now real estate turnaround specialists, performing “real estate triage” on the properties as one of my old partners used to say! Some of the properties were in the formerly distressed, and soon to be emerging areas of Lower Manhattan, where we ended up buying 60 Broad Street (with a lot of help from friends and family), 270 Lafayette Street in SoHo (which to me was an embryonic journey equivalent to giving birth to a child), Chelsea, TriBeca and yes, even the rough and tumble neighborhoods of Westport and Greenwich, Connecticut.

With the aforementioned experience gained in the trenches, in 1996 along with a few newfound friends and virtually no money of our own – we found a way to create a fully integrated real estate company. At our company, in a relatively short period of time, we gained an even greater appreciation and understanding of what it took to be successful in the development, management and repositioning of commercial and residential properties (and in business). Once again, focus on the fundamentals! Eventually, by the time 1997 and 1998 rolled around, Newark and Harlem became our new playgrounds.

I have many lines, and some who live and work with me refer to them as “Larry-isms.” There are those who think they are in the thousands! One of them is a top 3 for me, and it’s as simple as simple can be. Be nice and work hard. Arguably, the only two things in life that we can control. I’ve been preaching that line to my three older boys since they were 3 or 4 years old, and thankfully it has become part of their inner fabric. If you do those two things, life will be nothing short of okay, but at the same time, by following my “be nice, work hard” mantra, you can and will create opportunity to set yourself up to make life pretty damn good and then some! When Bill Clinton literally dropped into our lap when he made like LeBron James did years later, but instead took his “talents” to Harlem – after he was getting a significant amount of bad press because we as taxpayers would be paying for his higher priced post-presidency office near 57th Street – it was pure kismet (along with a healthy serving of good karma for my then partners and I). All were nice, yes, some a bit nicer than others, but all were well intentioned, hard workers and talented as well. And hard work along with a bit of charm, warmth, sincerity and skill led to opportunity, and consequently good luck and some fortune. Regrettably, most of it was lost in Newark, New Jersey, but that’s a story left for another day and a tall drink nearly the size of the Empire State Building. I leave you for the moment with one related thought though. If it wasn’t for Newark, there would be no such thing as Leasing REality!

Reminiscent of the first time The Beatles came to New York City on a Friday in 1964, landing at JFK Airport where both joy and mayhem ruled the day, it was quite similar to the day when former president Bill Clinton held a press conference right in front of 55 West 125th Street with yours truly bewildered, awestruck and exhilarated by the fact that he was dropped on our doorstep just a few weeks after he left the White House after his two term presidency. As I stood over his shoulder that day at the press conference, and afterward during lunch along with some of my partners and a number of prominent dignitaries from Harlem, Bill ironically foreshadowed what Leasing REality attempts and does achieve, when he said at the press conference that, “I hope we can work the lease out and all of the details; I feel confident that we can. I’m looking forward to it.” 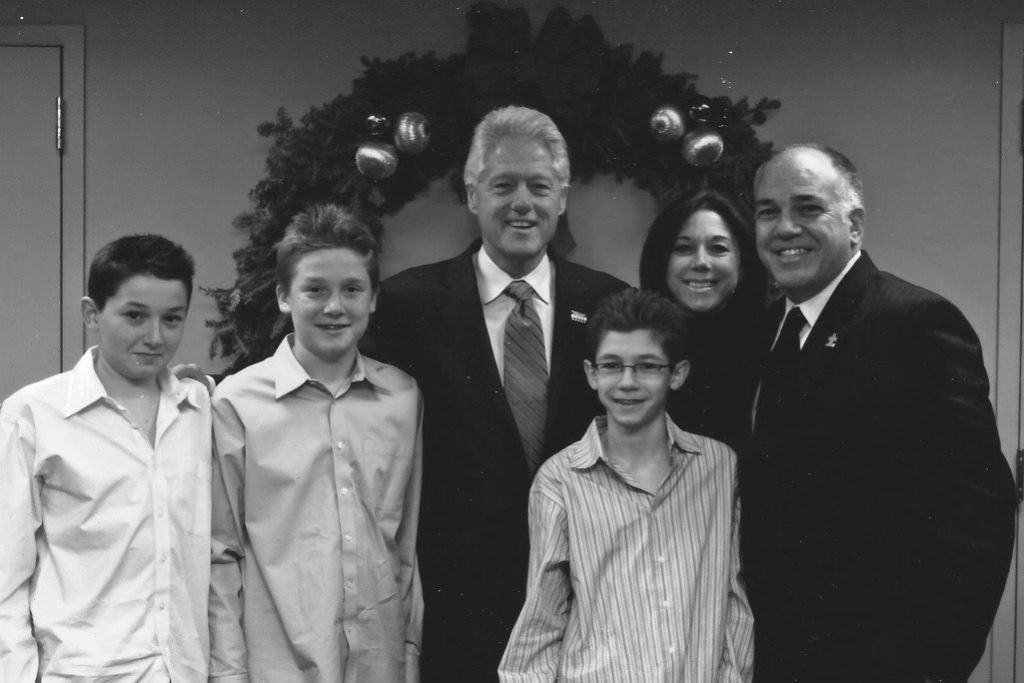 Little did I know of the myriad of twists and turns in the road that life, business, 9/11 and the Great Recession would play after that day, leaving many (and initially at times myself) stuck on the metaphorical corner of Kvetch Avenue and Whine Street, dwelling on what no longer was, and what would no longer be again. But his words must have stuck in the seemingly outer reaches of my mind, as Leasing REality is and can be many things to many people, one of those being the ability to give to its users the confidence to conquer both their leasing fears, and the brick and mortar!